When I began losing my hair in my mid to late teens I experienced most of the normal stages of grief: Denial at first, thinking my hair just ‘grew’ that way and it was normal and was nothing to worry about. I started to lose my hair in my late teens, around 19 years of age, pretty young really. It affected my confidence badly, I never wanted to go out or socialise. 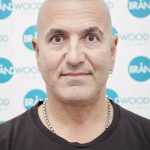 I was 25 when I first noticed that I was losing my hair. I still had a good hairline but the density wasn’t there. I started losing my hair at around the age of 19, my eldest brother also experiencing hair loss at around the same age. I felt really bad seeing my bro having to go through that especially during his years in 6th form but i never thought for once that it would happen to me. Jon first noticed he had alopecia when he looked in he mirror and saw a perfect circle on his chin where there should have been stubble. 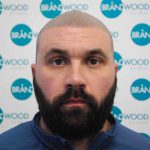 I started receding six, seven years ago – when I was 27/28. It started to go at the front and eventually around the crown, it was a gradual thing really. I immediately started shaving it down.